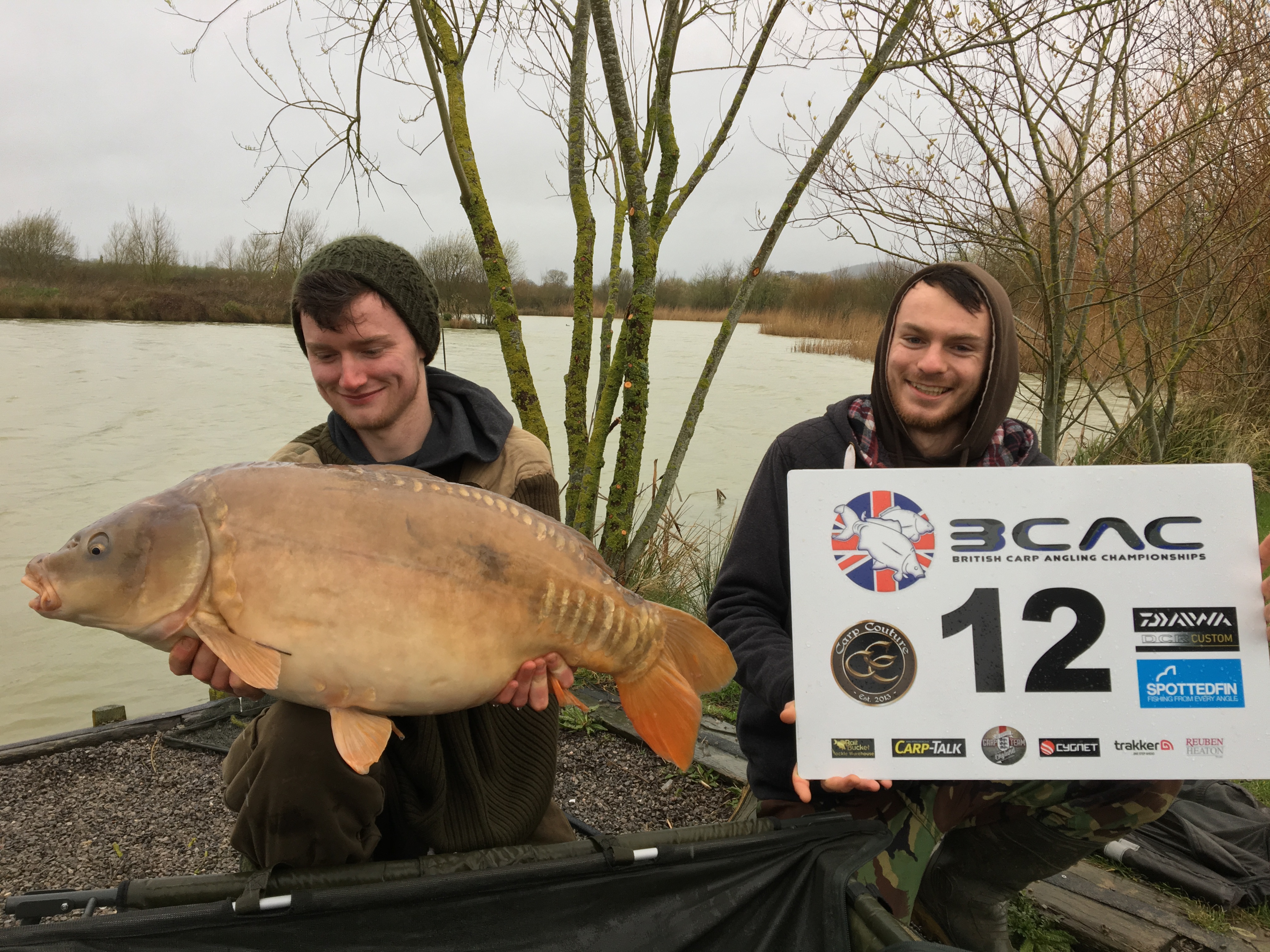 This 8 acre Specimen Carp Water has turned into a firm favourite with the BCAC competitors and its no surprise why. With a stock of approximately 800 carp including at least 80 different 20lb plus fish and a lake record of 34lb and it is known for producing some good hits of fish.

Last year the successful tactics proved to be small bright orange hookbaits coupled with small bags, but this really is a water where chopping and changing to find the right tactics on the day can really pay dividends. Spodding and zigging have all had their time in the past so competitors do need to keep an open mind.

The draw was fairly predictable with most of the pegs in the centre of the lake going early, which would turn out to be a reasonable choice for most pairs. Local pair, and habitual finalists, Jack Meyer and Lewis Swift didn’t come out until 8th and opted for a corner swim which can be hit or miss at times but when it plays ball it really does produce.

It was only minutes after the start of the match that fish started to show themselves with Peg 3 Grant Westlake and Joshua Brewer, giving them an early lead. Another pair off the mark early were Perry Webb and Wayne Fearon with one of the lumps, a 31lb Mirror. This would see them in good stead later.

The other pair that saw fish were Jack and Lewis in peg 7, and after 6 hrs they had 10 fish for 168lb and after 11 hours they had a commanding lead with 15 fish for 261lb.  It is fair to say the fish were in their corner, the question was how long they would stay.

By the first night 8 pairs were off the mark, Scott Beasley and Matt Eaton in peg 11 were sitting in 2nd, Grant and Joshua in peg 3 were now in 3rd spot. Next door to them in peg 4 Paul Crocker and Steve Meyer were off the mark with 7 fish that all came in a mad one hour spell. Also on the board were Matthew Pepperell and Ryan Willshire, Callum Gutteridge and Karl Palmer and Richard and Tony Lambourne.

The only real movers over night were Grant and Joshua in peg 3 closing the gap on the leaders and pulling them away from the pack. With less than 30lb between 3rd and 5th it was set to be a tight match.

The fishing slowed during Saturday with fish trickling out across the lake, Lee Mansi and Paul Brewer, Cameron Dunbar and Simon Mcarthur and Martin Noble and Scott Lease all getting onto the board.

Perry and Wayne in peg 10 had got themselves in third spot 30lb ahead of forth with the same number of fish, the big girl they caught at the start was starting to pay dividends.

A very quiet second night and last few hours of the match lead to the top three cementing their spots in the Semi Finals.