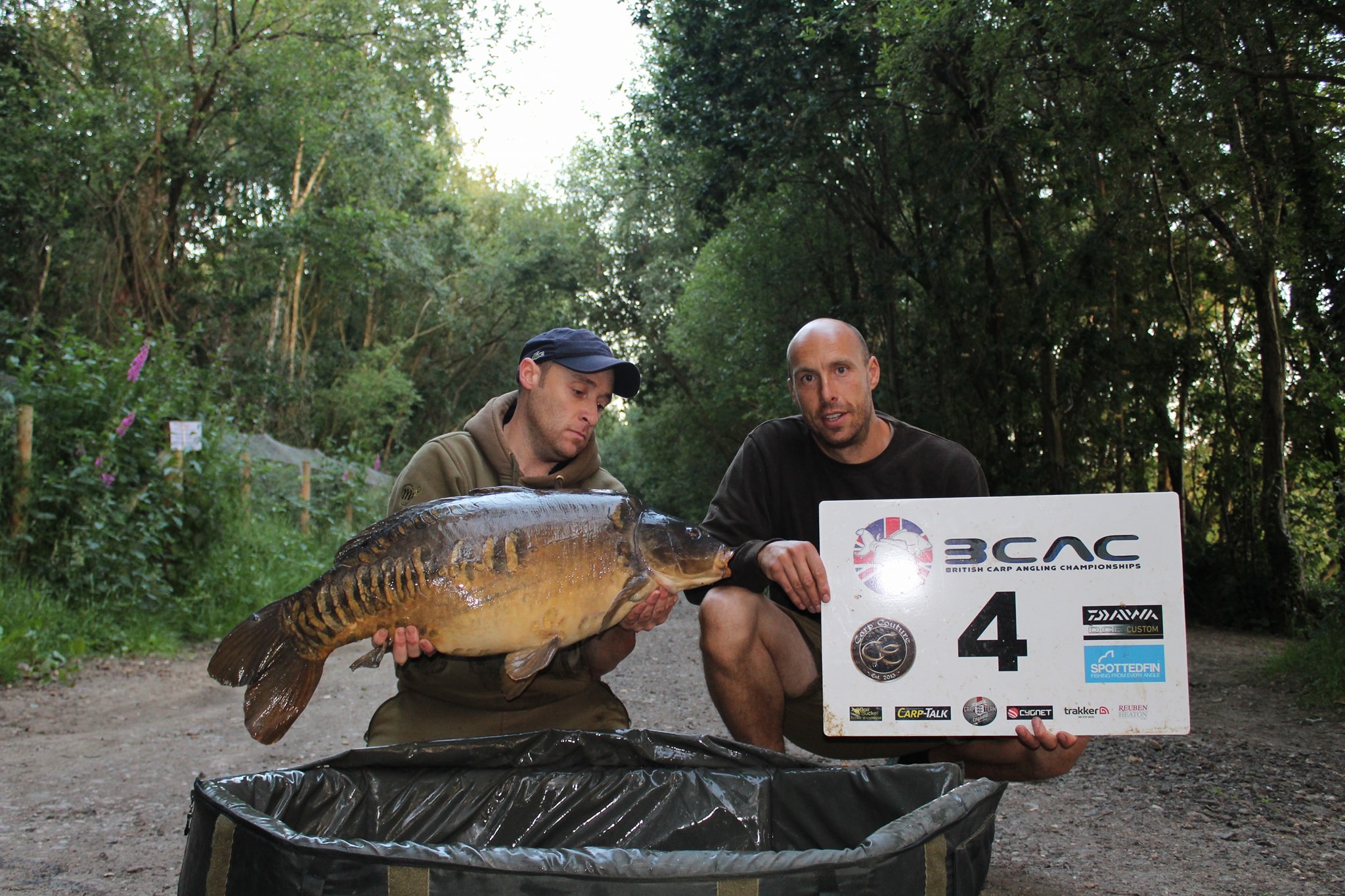 Sandhurst Lake needs little introduction as it has fast become well known due to the fantastic day ticket fishing it provides. Very few day ticket waters give you the chance of a 40lb carp but the Sandhurst venue record currently stands at 44lb with several more fish over the 40lb mark. It is a relatively shallow lake with depths from 2 to 10ft, with an average of approximately 5ft. There is one island from which fishing is permitted, and numerous sand bars and features that can be easily located from a choice of more than 30 swims. The fishery also offers secure parking with friendly and approachable bailiffs.

It was a slow start at Sandhurst, but that’s no surprise, the first fish didn’t touch the bank until just after midnight and it was a whopping 43lb common landed by Matt Jones & Rob Tough in peg 5. This is Matt’s 2nd 40lber in a BCAC event and is his 20th UK 40!!

Shortly after Dan Moorcroft & Mick Ledger in peg 12, our last minute entrees, bagged themselves a couple of low 20s which nudged them into 1st.

At first light we had another chunk with a lovely 30lber to peg 11s David Gaskin & Jay Goodson putting them in third.

With the sun beating down the fish shut off and we only saw 1 more fish to peg 8, Dexy Chick & Steve Davis. However Saturday evening saw a change to the leader board as Matt & Martin bagged themselves another pushing them into 2nd place by 2oz! This would lead into a very tense night for our pairs on the board.

Sunday morning saw a fair bit if change to the scores going into the final hours of the match Dan & mick were in 1st place with 5 fish in total, Matt & Martin had landed 1 more to give them a better lead in 2nd place and David & Jay had also got themselves 1 more fish putting the into 3rd and knocking Rob & Matt into 4th.

With all to play for as the match came to a close and all the anglers doing everything they could, David & Jay got 1 last fish in before the hooter bumping them into 2nd.