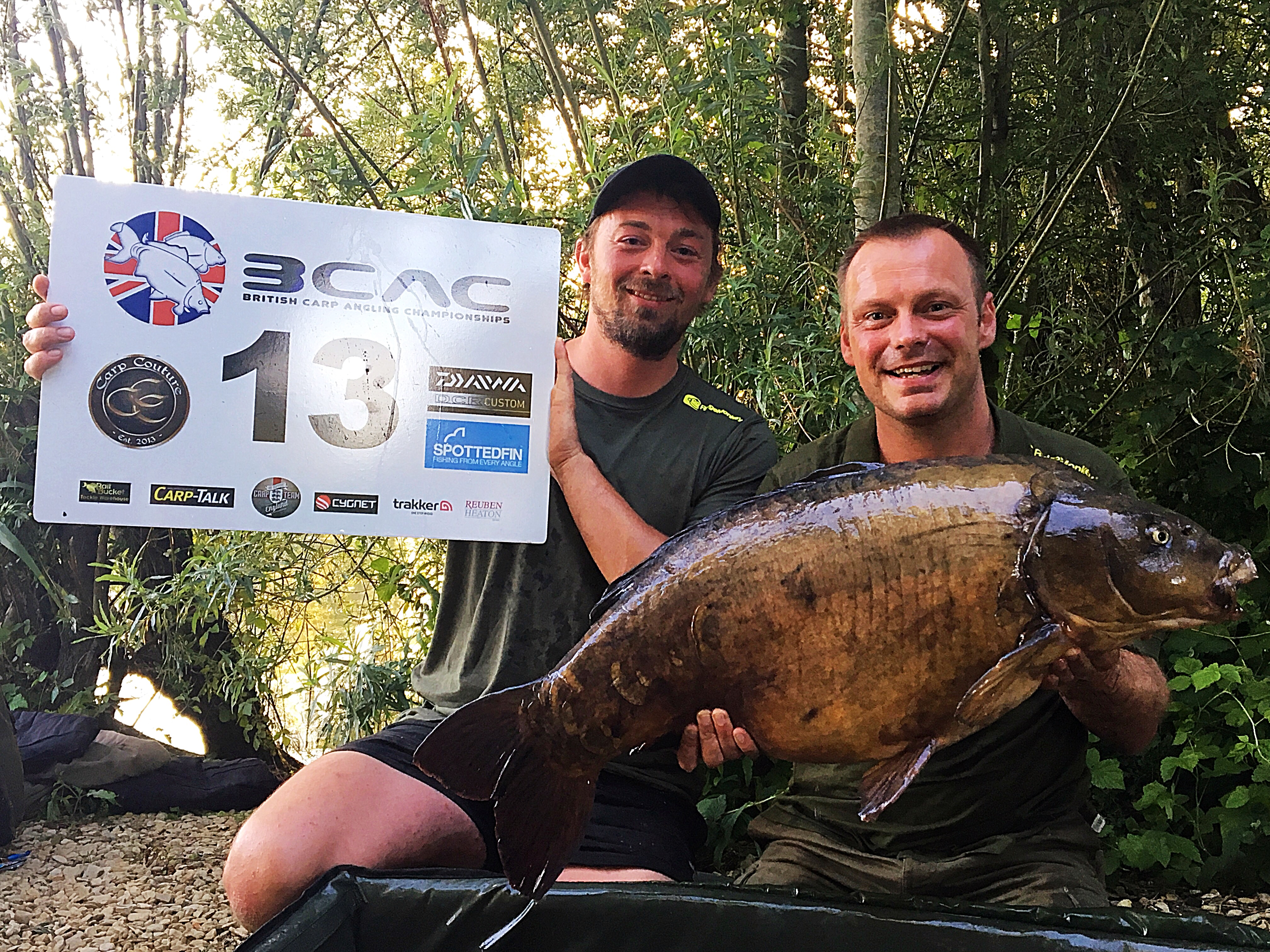 One of Linear\’s gems – never underestimate this stunning carp lake
The 26 acre Oxlease Lake is situated off the B4449 as you approach the main ticket complex from Oxford just beyond the West Oxfordshire Sailing Club Lake; it is well sign-posted.

Linear believes that with the stocking they have carried out the water now holds over 1,600 carp. We believe that there are now at least sixty, probably more, different 30 pound fish present along with a healthy number of twenties and doubles. The new lake record for a mirror carp is 44.04 and for a common it is 52.14. Oxlease could potentially have more thirties and forties present than St. Johns and Manor combined in a few years time!

As the clocks went forward we started the match at 11 to give all anglers their full 48hrs. Josh & martin Bennet went into an early lead with a brace putting them comfortably onto the scoreboard. A few hours later peg 12s Anthony Rackham and Jamie Cundill landed their first fish putting them into 2nd place.

Late evening James Begley and Ricky Moody were into their 1st fish fish of the match and it was a lovely 29lb mirror. Going into the night another 20lber would land them in the top spot. Chris Purssey and Martin Reeves in peg 6 also got themselves onto the scoreboard.

Come 1st light Josh and Martin were in again with another Brace and a few hours after that another 2 Carp to have them sitting pretty at the top once again.

Saturday afternoon saw a few more fish on the bank, Peg 12 Antony and Jamie were into fish every other hour. Peg 3s Jack Lamb and Brian Byford had 3 fish putting pressure on Peg 11s James and Ricky as it pushed them down to 4th but this wouldn’t last long as they landed a few more fish putting them back into 3rd.

Sunday morning saw a change for peg 6 with a switch of tactics in the last few hours they had several fish to weight putting pressure on 3rd spot. Josh & Martin also bagged themselves 4 fish in the final morning which would secure them 2nd place. Peg 12 were consistently catching throughout the morning with 6 fish which gave them the overall 1st place with 248lb 9oz.