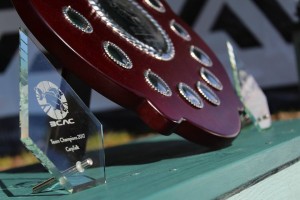 The team event is open to manufacturers, shops, bait companies, clubs and runs concurrently with the British Carp Angling Championships main event. Three pairs register as a team, and as well as fishing for themselves, they score points towards their team scores. The winners are the team with the most points at the end of the last semi final. Not only do you win the title and the trophies but the 2018 team champions also get free Team Registration into the following years competition.

The team includes Neil Rovers and Chris Bones Holmes ex BCAC champions and Team England squad members Callum Gutteridge and Karl Palmer previous BCAC finalists, and ex British Carp Cup Champions and Midlands Carp Cup Champions Simon Bury and Jay Carpmail both new to Team DNA this year but with Simon currently ranked as number 1 in the British Carp cup rankings, and Jay only teaming up with Simon this year they have already proved to be a pair to be reckoned with this year.

Chris Donovan and Craig Ridge back together after Craig taking last year to have a baby, or at least his missus did Nathan Crowder and Lee Bruce first time in team DNA after joining us last year they have proved worthy of a spot in our team with some great results Ste Alfy Alford and Deano Crust returning to team DNA after a year or so away, but finally realised what they were missing