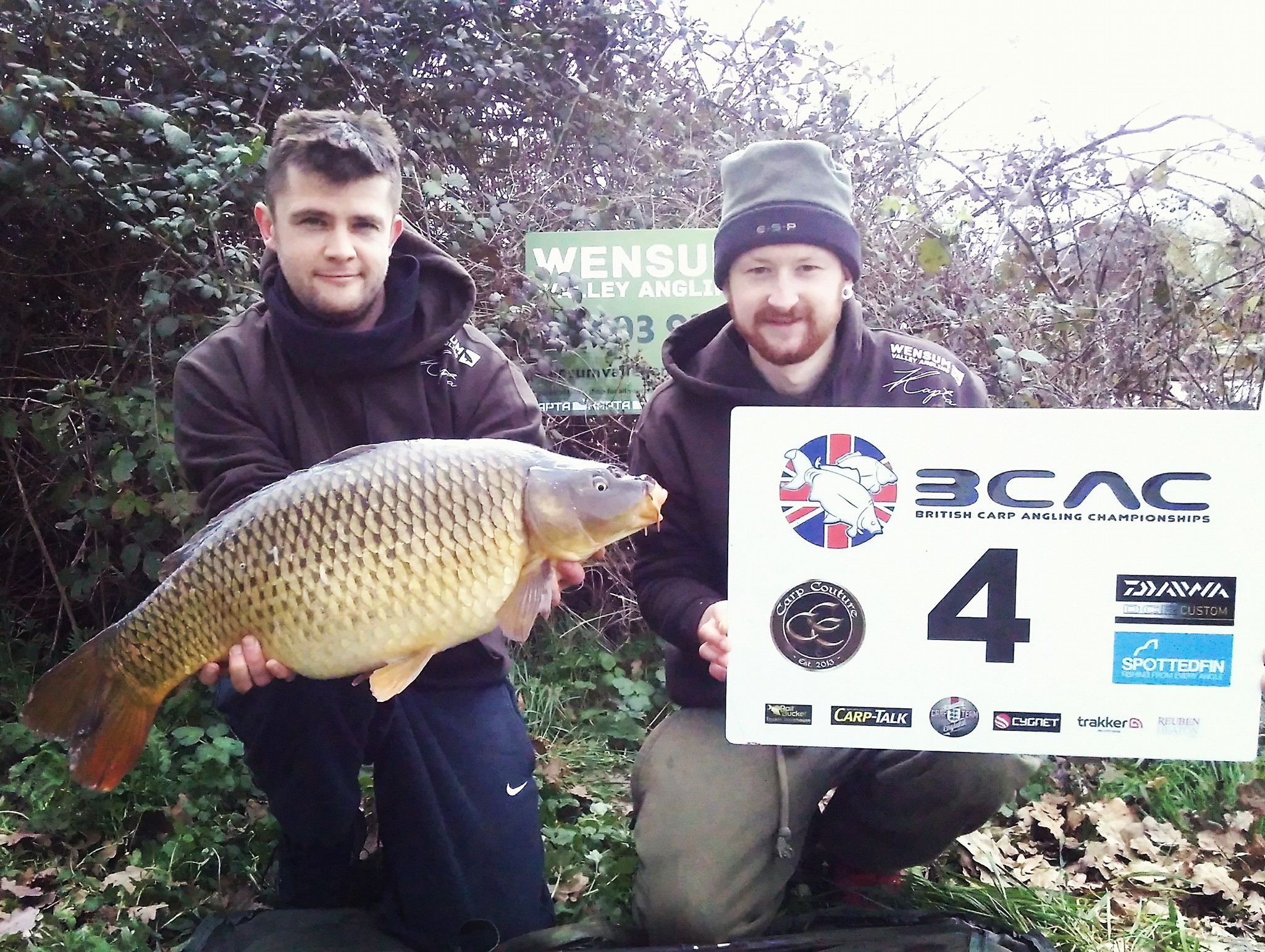 Our 10 acre Big Lake is home to a good head of common and mirror carp up to 34lb with plenty of 20lb+ fish cruising around. This makes it a popular venue with carpers all year round.
Depths vary from 4 – 8ft, including gravel bars.

It is fast becoming a popular choice for matches with  recent competitions here proving very tight with plenty of fish being caught.

10 pairs eagerly awaited the first hooter at Willow Park with all the anglers expecting some early action.  First off the mark was Dave Hellard & James Anderson fishing in the shallows in peg 12 landing a fish for 18lb 02oz. Soon to follow suit was peg 2’s Chris Madden & Ben Szyczak with a fish weighing 12lb 04oz..

The afternoon past quietly with no more action to come. It was not until the early evening before the next fish slipped up. Last years runners up in this qualifier Kev Clarke & Steven Sherwood fishing in peg 6 had their 1st fish of the match just before dark, a fish weighing 19lb 08oz and propelling them into the lead.

As the next morning arrived it was clear that no further fish had been out and all the anglers were hopeful that the fish would “switch on”. The morning rush produced 3 fish.  Peg 8 Jason & Jake Crump weighed in with a 15lb 01oz fish followed by peg 3’s Bradley Phillips & Tom Stewart with a fish of 12lb 08oz and peg 2’s Chris Madden & Ben Szyczak had caught their 2nd fish of the competition, 14lb 06oz and took the lead in the process.

A couple of hours passed and 2 more fish graced the bank. Jaymie Bartlett & Lewis Cooper in peg 4 landed a fish weighing 19lb 01oz which put them into 3rd place. Back in peg 6 Kev Clarke & Steven Sherwood landed their 2nd fish, 16lb 04oz which put them back in pole position.

As the day passed by it was evident that the fish had other ideas and it was’nt until just before dark that the next fish came out. Peg 8’s Jason & Jake Crump landed their 2nd fish weighing 14lb 04oz pushing the father & son pairing into 2nd place.

As the night passed away into the final morning no more fish graced the bank. All the anglers were still in with a shout with 3 pairings all on 1 fish. As the match entered into the final couple of hours, try as they might, the Willow Park fish had decided that enough was enough. Despite all their efforts the competitors were unable to induce another take leaving the top 3 pairings to sweat it out until the final hooter.