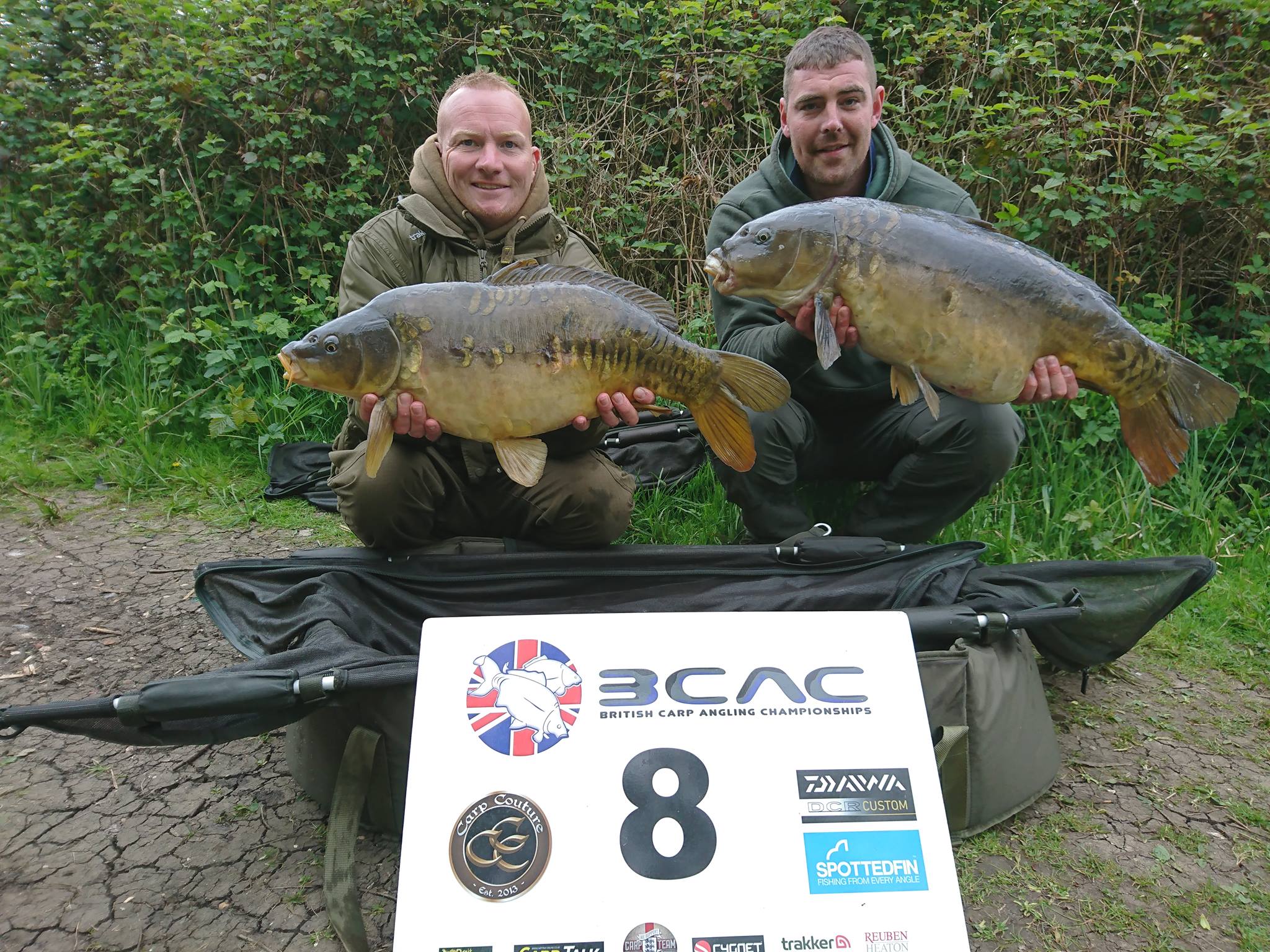 Thorney Weir is available to fish as part of the Thorney Weir-The Mets syndicate membership or on a day ticket basis. A beautiful lake of 17.5 acres lined with mature trees and offering a great many features to fish to, including islands both large and small, sunken barges, plateaus, gravel bars, and weed beds.

Upon entering the venue you drive along the track parallel to the area named The Channel where the carp, tench, and bream may often be found and many good fish are banked. Continuing along the track you will pass the next group of swims known collectively as the Road Bank. These swims give you a good view of the main section of the lake.

Arriving at the car park you proceed on foot to the River Bank, and before you arrive at the first swim there, the Pill Box, be sure to sneak a look among the snags for any whackers! It is advised you take the time to have a good look around the lake before settling on a swim as the fish will often show themselves. Casting to the middle of the lake is a tactic that regularly produce takes, though keep a keen eye on the margins and corners if you are stealthy.
Thorney Weir offers many more features among them some lovely bays and back areas for the specialist stalker and float fisher.

As with most lakes in the area the carp had already had a bit of a go at spawning but had stopped, so it was on the mind of all competitors how this may affect the match.

At draw time the first two pegs to go were probably the top picks on everyone’s lists. Dan Vallis and Liam Hodges headed for peg 8 where a lot of fish had been seen and Simon Buckman and Gareth Evans went into peg 9, the winning peg from last year. Third out Lee Bruce and Nathan Crowder took a calculated risk and went for peg 1 down the channel, where again they had seen lots of fish.  Last out of the hat were Kev Atkinson and Ben Low, who only had peg 2 as an option and were its fair to say a little disappointed.

Just two hours into the match Ben and Kev were wondering if lady luck was on their side as they banked the first fish of the match at 19lb 6oz, and they had already lost a fish as well!

It wasn’t long before Liam and Dan in peg 8 got off the mark with a small fish the just after dark Dan nailed a stunning 31lb Mirror to push them well into the lead. Simon and Gareth next door in 9 also opened their account with a couple of small fish.

The first night was quiet with a few fish to pegs 8 and 9 which further cemented their spots at the head of the leader board.

7am on Saturday saw Nathan & Lee in peg 1 land a superb 26lb Common off the rope and later that day the banked a scrapping 12lb mirror which would unfortunately be their last fish.

The only real movers on Saturday were Kev and Ben in the unfancied peg 2. The landed 3 further fish to put them in 3rd spot. Pegs 8 and 9 kept trickling fish out to keep their first and second spots. Daniel Akerman and Eddy Avis in peg 4 also get going with a 22lb Mirror and a 10lb Common and Dan Woodstock and Alex Brown in 7 landed a great 25lb Mirror to get them off the mark.

It was a nervous last  night for Kev and Ben in 2 as a mid-thirty to any of the next 3 pairs would knock them down, a very real possibility at Thorney. As the last morning progressed Bradley Sears and Stuart Harbour in  peg 12 got in on the act with a couple of quick fish but sadly to little too late.  It was peg 2 that had the last fish of the match confirming their spot in the semis.