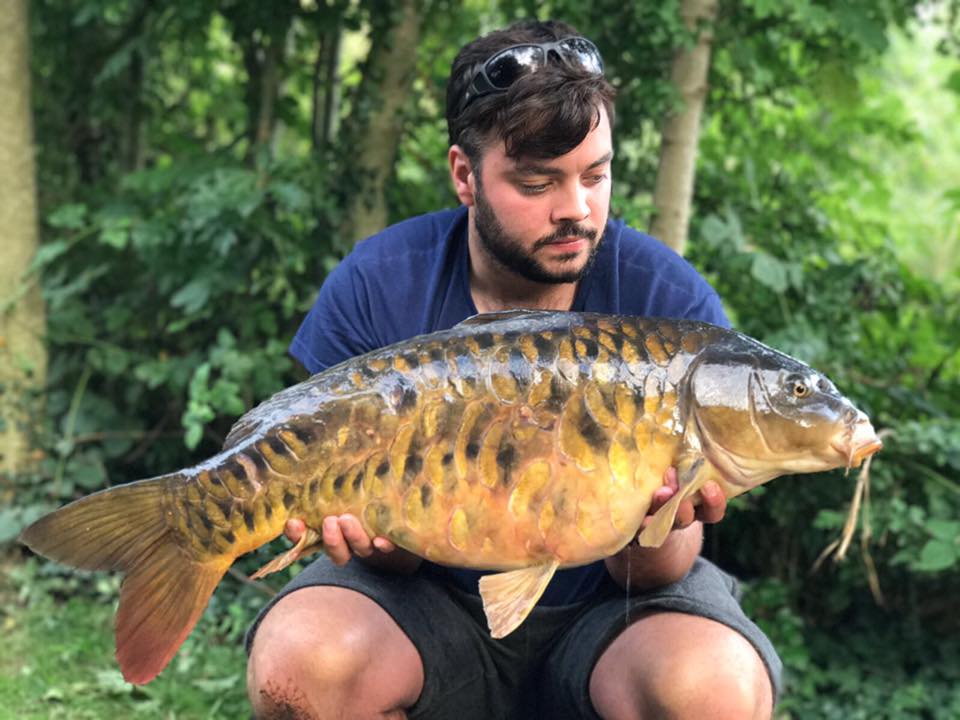 Farlows lake is the result of a gravel extraction that begun as early as the 1930s, since the 80s it has been a mecca of Carp fishing and its popularity as a Carp water has grown exponentially in the last 3 decades.

Famous anglers such as Rob Maylin and Steve Briggs honed their Carp Fishing skills on this water and have written extensively about the complex. With an estimated 1200 Carp in 25 acres of water there is always a good chance of catching Carp with the average weight being 17-22lbs.

There are over thirty five 30lb+ Carp in the lake with the largest resident, The Pretty One,  reaching highs of over 42lbs. in 2013 the lake was stocked with 20 fast growing strains of Carp that weighed up to 22lbs, these fish are already growing nicely and we envisage an approximate weight gain of 5lb per year.

The original Carp are dark and scaley with some real old characters. Commons and Mirrors are plentiful and it is safe to say there are very few day ticket waters offering such a top drawer head of English fish to go for.