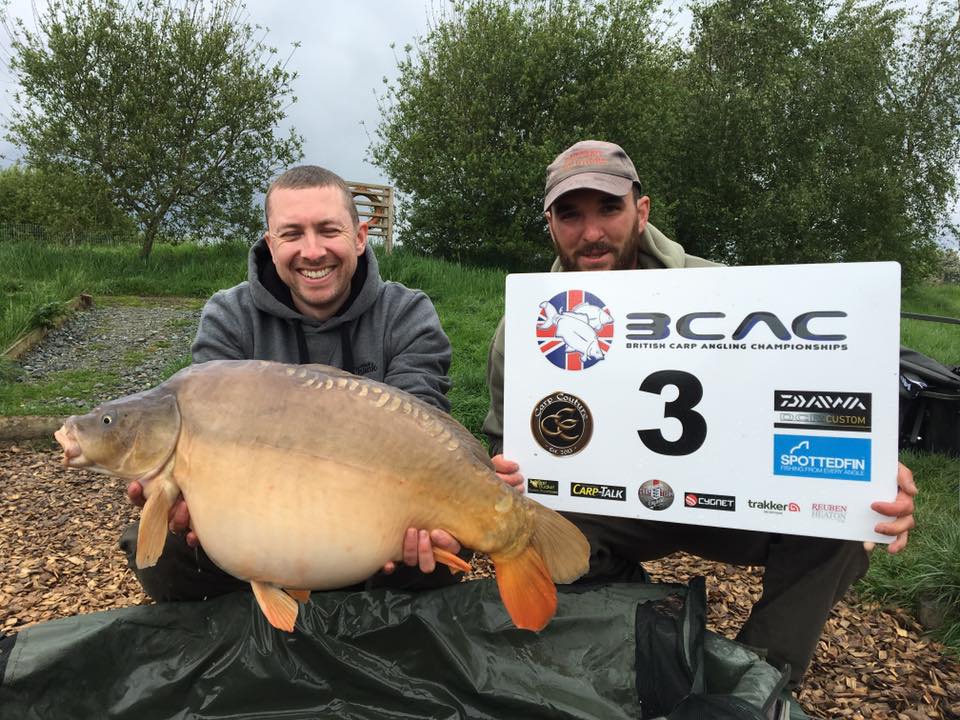 Merrington Carp Fishery is situated in North Shropshire and is set deep in the heart of unspoilt countryside away from traffic noise and is a truly peaceful and tranquil setting. It\’s one of Shropshire\’s premier day ticket waters  with only carp stocked into the lake. The lake is a purpose built 9 acre carp fishery with both visible and underwater features in every swim. The lake is reed lined with islands, bays and plenty of magnificent carp to catch. We have a rough stock of just over 170 fish with 10 of those over 30lb with the current lake record 34lb 02oz, 120 over 20lbs and back up fish between 14-19lb. Fishing can be tricky at times however as they say effort = reward.

Set in the stunning Shropshire countryside, Merrington fishery is always a favourite with anglers and the marshals, and this weekend certainly didn’t disappoint. Usually the venue can take a little while to get going, but that certainly wasn’t the case this weekend with the first fish coming less than an hour into the match. Despite coming last in the draw, the small stockie fell to Tom Cuthbertson & Adam Kettle. Unfortunately for the lads this would be their only action over the weekend. A cracking 33lb common for Colin Scott and Andrew Mundy saw them get off the mark, as well as Wesley Prestage and Steven Brown also bagging one which meant we had three fish out as we approached the first evening. It wasn’t until very last light that things started to kick off.

Between the hours of darkness we had nine fished banked to six different pairs. Barry Swift and Jamie Farr had four fish to put them into first, while Colin and Andrew and Wes and Steve both added another fish to their tally putting them into second and third respectively. Despite the heat and glaring sun, there was a fair few fish out during Saturday. Colin and Andy added another two fish taking them above Barry and Jamie, whilst Dave Bailey and Alex Lister nicked a couple of fish taking them just 3lb behind third as we moved into the last night.

Once again as the light fell the lake came to life again, Barry and Jamie had a quickfire brace as well as another to reclaim first while Colin and Andy bagged another. The two pairs were starting to pull away from the rest of the pack now but it was third spot that was getting really interesting. Wes and Steve were still in third but they had Dan Abbasian hot on their heels as well as Alex and Dave just behind them, with less than 20lb separating fifth and third with only a few hours left.

With only about three hours left there was one more fish to be had and it was to one of the pairs fighting for third! Wes and Steve banked a mid-double which saw them cement there place in third. As the final horn went and that was it from Shropshire for another year. The lake fished far better than in previous years having done 28 fish to nine pairs and it made for a great match.